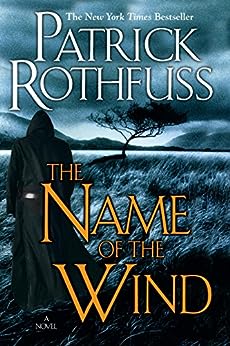 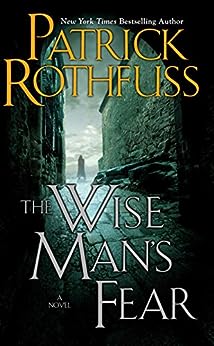 If I had to point out one defining aspect to Rothfuss’ writing it would be that the man can linger. I had never considered this might be a strength before reading his books, nor would I have called the ability to linger a skill. On the contrary, most of what I’ve read about writing novels, even epic ones, is that you should only put in the book what is necessary. Too much detail, too much prose, too much exposition, and you’ll quickly lose the reader. Show, don’t tell, and only show enough to draw the reader in and drive them into the next scene. The pages should turn themselves.

So many books do this. They pack their story with action, witty dialog, humor, romance, and mystery. Most fantasy novels now days include a path to power, so the reader is constantly anticipating the next ‘level’. They use clever techniques like this to draw the reader in, and a quick pace to keep them there. If done well, the pages will indeed turn themselves until the very last one, leaving the reader desperate for more.

That style also leaves me vaguely dissatisfied, as though I’d eaten a meal that looked like one but was missing much of what makes it nutritious. My stomach might be full, but the sugar rush quickly runs out and I can’t help but wish there were more to the story. Not more action, not more dialog, not more humor, just more… depth, I think.

When we’re being drawn along in a story as a reader, we grasp onto the things that draw us in. When we’re led through action, romance, etc., from scene to scene, we often ignore the book’s depth or lack of it. We forget that the stage is but a prop, and the characters themselves little more than cardboard cutouts. It’s a magician’s gambit. Distract us so that we don’t notice the sleight of hand. It usually works, but while the pages turn we, or at least I, find myself increasingly malnourished.

To be clear, Rothfuss’ work has most of those things I mentioned. A mystery to solve. Action and suspense. Romance, as dysfunctional as it is. Humor, and some great dialog. There’s even a sense of power progression as he learns magic, though its a very slow progression. These things are all in there, but they’re almost in there in the same way that the plot is in Moby Dick. It’s important, and you can’t have the book without it, but the plot of Moby Dick could have been written as a novella, possibly even a short story, without losing any of its essence. Of course, you wouldn’t have Moby Dick anymore because that book was never just about its plot. Moby Dick, at least to me, has always been an invitation to stop and consider, to slow down and really see what’s around you. It’s an invitation to truly see the world around, and consider what it all means.

Rothfuss does the same thing, perhaps if not in the same way (Melville could wax on a bit too long, in my opinion). Rothfuss pays attention to the world he created. It’s not just a backdrop, not just a scene in which the plot can drive its characters. It is just as much a point of the story as the characters themselves, and Rothfuss pays just as much attention to it.

What’s remarkable to me is his ability to draw the reader in using detail. He cares and because of that, you find yourself caring as well. What’s more, is that he cares about moments, choosing to linger in them long enough for you to feel it. This invitation to lose yourself in the world is essential because as you do, you find yourself invested in it, in characters that are more than cookie cutouts living in a world that more than just a backdrop.

One of the more poignant scenes in his first book is the loss of Kvothe’s lute after Ambrose throws it. As action scenes go, it’s kinda pitiful. Ambrose throws the lute, it breaks, Kvothe gets angry, and then does something that would be a spoiler if you’ve not read the book. It’s not the kind of hyper-action scene that would immediately draw a person in. But it’s probably one of the more impactful scenes I’ve read in a book.

Because of the moments. By this point in the book, you’ve spent time with Kvothe. You’ve seen and felt what the lute means to him. You’ve spent time with him as he’s played it, and you understand just how it’s been a linchpin to his sanity. You see the loss of his lute played out from before, and know that it’ll break Kvothe. Then, in the aftermath, Kvothe does something spoilery that he’s been seeking since he was a child. At that moment, you’re left with the kind of bittersweet taste that comes only from victory following a crushing defeat. And all this over a lute.

That scene could not have possibly been so impactful had Rothfuss not lingered in all the past moments in the book. The moments matter, and the people matter, and you care because you spent time.

Rothfuss could have written a much smaller, action-packed book(s) with the same plot. There’s enough there, and it’s a good plot. But like Moby Dick, stripping everything else would strip it of almost everything that it is. Lingering in the moments and getting to know the characters is nearly as important as the plot, perhaps even more so.

Name of the Wind
Amazon