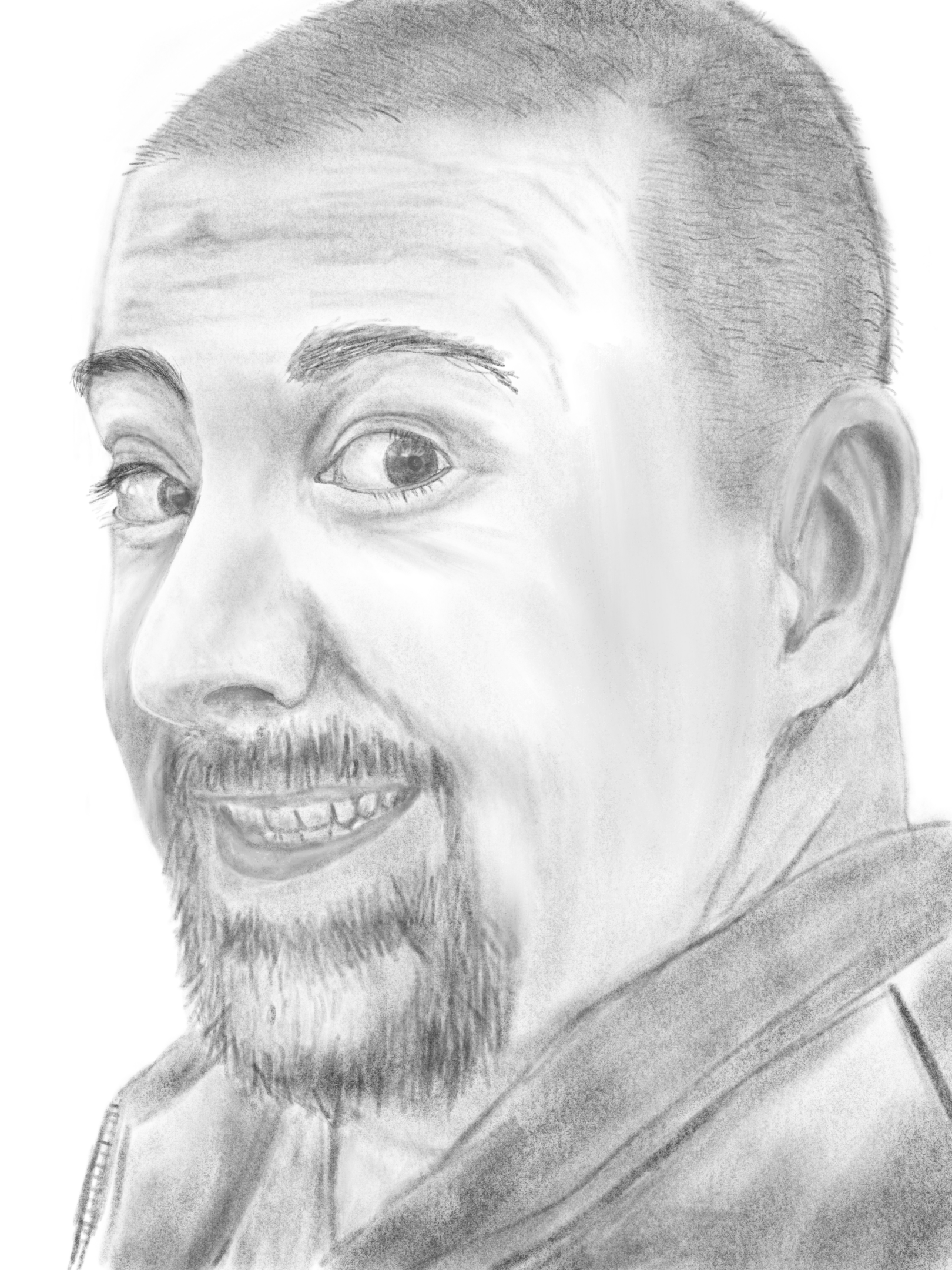 I sketched this from a photo I took on a recent vacation our two families did together for the first time… ever? We’d certainly seen each other before, but this time we rented a cabin in the mountains and let our all five of our kids go wild.

Mike has a hard time not throwing on a goofy face whenever a camera is aimed at him. It’s fantastic. I really want to sketch interesting faces, especially expressions, and so I naturally gravitated toward his photos 1.

Again, this was done on Procreate. For this drawing, I entirely used their charcoal ‘brushes’, which I really like. That being said, this sketch looks unfinished compared to what I’m doing now.

Despite all those… deficiencies, I still think it’s a decent sketch. I’ve captured his expression fairly well, and most of the proportions are decent.

I believe I spent maybe four or five hours on it.