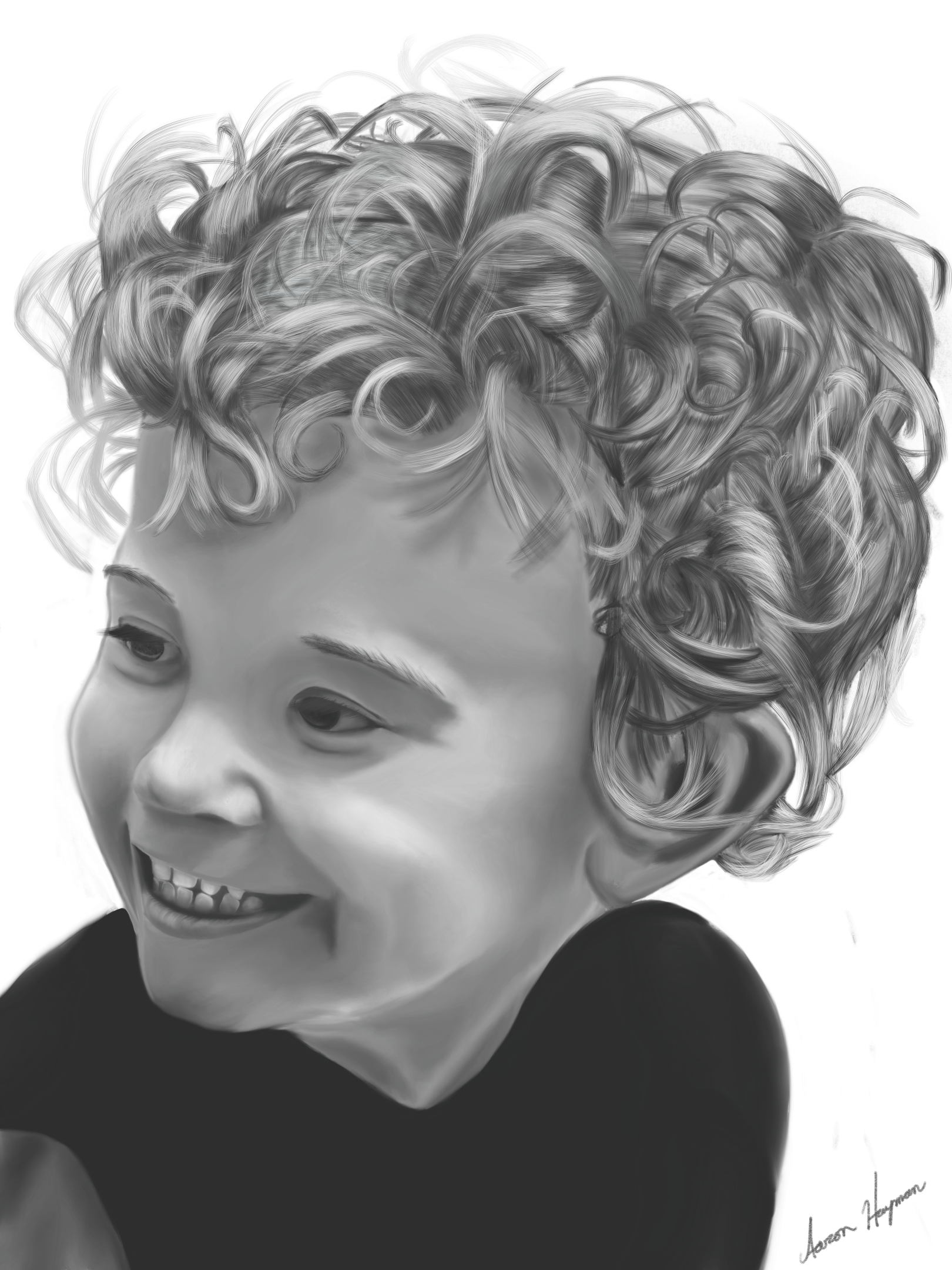 It’s the first thing anybody sees when Nolan totters into a room. It’s always a mess; cameras autofocus on it; fingers itch to caress it; women swoon. Seriously, my wife refuses to ever cut it for fear the curls won’t come back.

But good lord is it a PITA to sketch. I think I spent more time on those curls than on all my other sketches combined. I have no idea how many times I redid it, trying different techniques in attempt to capture the messiness, the texture, and the sheer depth.

At least it was a learning experience.

My process for this one was pretty much the same as for Fiona, except a whole lot more time. I copied the photo into a half-opacity layer and used it to learn from my mistakes, not for tracing… … okay, okay, only a little for tracing, but only after I’d redrawn the same damn feature at least a couple dozen times.

All together, I am very pleased with how this one came out. I feel like it’s a new standard for me, and I can only hope all my subsequent sketches will come out this good.

I have no idea how long it took. Let’s just say a long time. I sketched it over the holidays, so I had a lot of spare time while the kids were actively fighting over their new toys.