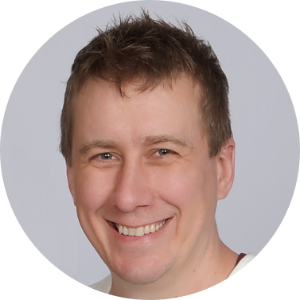 I love to read. I have since I was a child, sequestering myself into worlds of fantasy and classics alike, mixing together Moby Dick and Wheel of Time in equal measure. Later, I delved into philosophy and theology, self-help and interesting non-fiction, but I never did stop reading fantasy and sci-fi. To this day, I probably consume well over a hundred books a year, if not more.

In all that time I never once considered writing. Why? I have no idea. I really don’t. It’s not that I was discouraged from writing. I’ve poured over my memory, trying to recall some experience where a Lit teacher belittled or condemned me as hopeless, yet to no avail. Instead, I remember being praised on several occasions for my writing, yet internally scoffing at the idea of being a writer. Even as I can recall my reaction, I cannot bring to surface the reasons behind it. So yes, I scoffed at the idea of writing and no, I still have no idea why. My only theory now is that I was simply not ready. Perhaps I hadn’t read enough. Maybe I hadn’t lived enough. I had nothing to say, so I kept my mouth shut and my pen down.

In my late 30’s, I got a bug. I’m not sure where it came from, except perhaps as a slight dissatisfaction with what I’d been reading. I’ve never been too picky about what I read. I love reading large, well-prosed epics as well as tearing through a hokey sword and magic repeat. Yet somewhere along the way, I’d become dissatisfied on a level I couldn’t quite define. Something was missing, and my usual fare of fantasy and sci-fi wasn’t doing it for me. It took a while for me to realize that what was missing were my own words. I was dissatisfied because I needed to write.

Once I realized this, I began planning out a novel. I spent over two years doing this. I had researched what other authors do, especially for my genre, and so I opted to follow their success. I created species, maps, political systems, magic systems, plot ideas, etc. I kept adding all of this into an ever-growing folder of random information of ideas. It wasn’t until I was 39, something like two and a half years of planning, that I realized what I was doing, or perhaps more aptly what I wasn’t doing: writing.

All the planning and ideas were dry. I sketched them out, wrote them down, and tried to extrapolate them into something might become a novel. But I while I was technically putting words on a page, I wasn’t actually writing. Eventually, I realized that I was spinning myself in circles. So I discarded my ideas, burned my notes (not really, but it’s nice imagery), sat down, and began writing a novel. That’s when I discovered something incredible.

I love writing. Does that not seem weird? It certainly does to me. You’d have thought I would have realized this a long time ago… and yet. The very act of writing fills me with wonder and joy, and now that I’ve started I’m not sure I can stop. It’s a process of discovery, challenge, and fulfillment. I may not ever make a single dime of my works but no matter, I’ve found something I love doing and I doubt I can stop. I’m an addict now, so I might as well accept the inevitable.

My first work, still in progress, will be huge — the first novel clocking in at around 200k words, with enough ideas to add twenty more books. I might still only be working on that single piece if I hadn’t come across Neil Gaiman’s master class on writing fantasy. The suggestion to write short stories resonated with me and I started writing them whenever some idea struck me. Problem is, I had no place to put these stories. I shared them with some friends and got good feedback, but I’m not exactly a well-known author who can publish a book of short stories to sell by the millions, or thousands… hell, or even a few hundred. So I opted instead to start this blog and begin putting them here.

I hope you like them. If not, that’s ok. I’m really writing for me anyway, hoping that someone else will also get some use out of them. Feel free to contact me. I’m not famous. I don’t get thousands of emails from adoring fans, so I might respond if you’re nice.